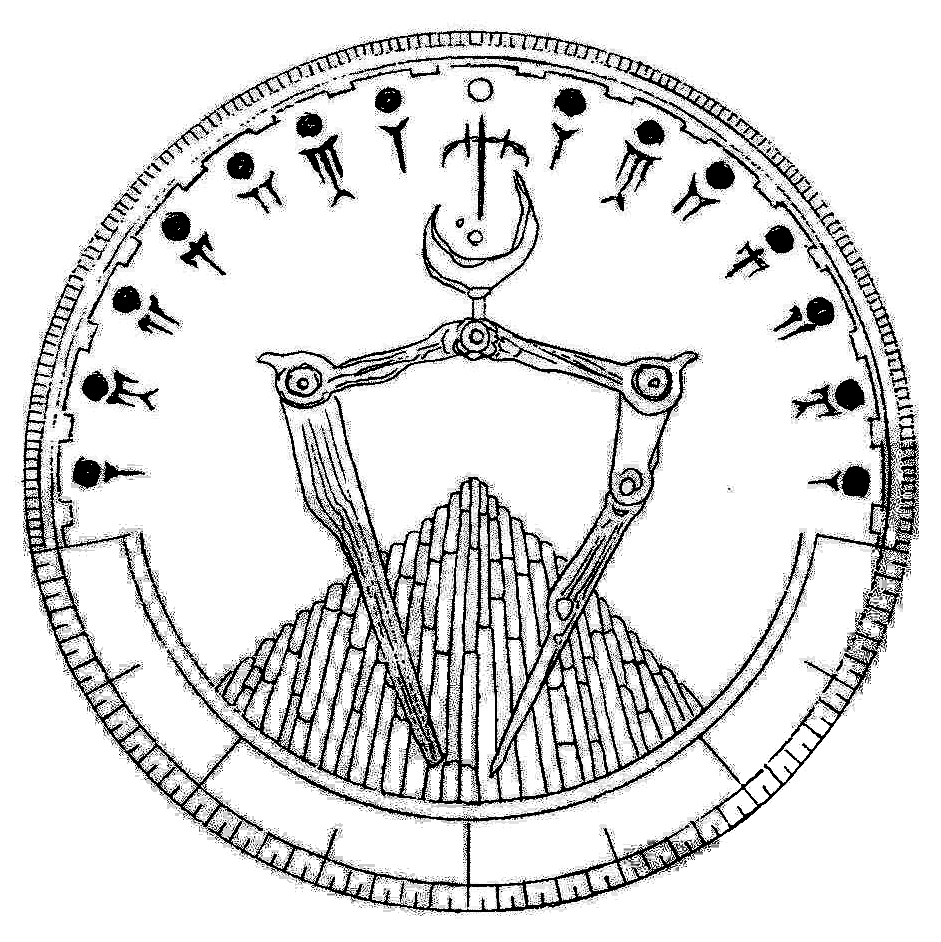 Try to imagine a world, produced in the mind and facilitated by computers. You can't; It's a world you will never see. Or have you? Will you? These mysteries have answers, but don't come without their costs.
The Wired is a network and protocol. It's a form of communication and the means. To understand what it is requires knowledge of what it was. Even devout Lainists and even some Knights have only preconceptions of what it is and used to be. The Wired is an enigma: It's not enough to observe the Serial Experiments.
Concisely, I will try to explain. You see, the Wired allowed people with a NAVI; A Knowledge Navigator (an advanced computing device with the ability to process Protocol 7 packets.) connect directly to places and people. Through Cyberspaces; Wired Sites. Users would Metaphorize (to manifest an avatar, commonly oneself) onto the Wired, controlling their presence on the network directly. Most users could barely manage some hands, an ear, a mouth. The power of one's NAVI limited their presence. This limitation was later exceeded by using one's body, or anothers' to boost the transmissions. Immediately prior to the events of The Reset, some power users were able to manifest their entire bodies. Not just in the Wired, but through the Schumann Resonance; In the Real World. With physical wireless access to theoretically the entire world; these users became " Wired Gods". The rest of course is all history, lost to the Present Day, The Present Time.

It's imperative to realize; despite living in the Post-Reset timeline, the framework for the Wired is still there. In a way, it always was. Protocol 7 is accessible. By those willing to take the risks of course. The people who've experienced much of the Wired have no idea what it is, interpret their experiences as mere trips, fantasy, delusion, illusion, or simply do not know how it works. These people typically have labels; Cyberians, Psychonauts... The list goes on, full of fanciful and derogatory terms. In case you haven't realized; The Wired is achievable through states induced by psychoactive drugs. Of course that's not the exclusive method. there's also; Fugue states, Meditation, Concentration, Infornography and Dreams.
So how can one delve into the Wired? What benefits can be seen, what spaces explored? The nature of the Wired is exploratory and stimulating. It can manifest as creativity, athletic ability, extreme focus or extreme distraction. Anywhere the Schumann can reach you, the Wired exists. So now you demand; "Get to the point!". Yes, the most direct connections can be made under the influence of recreational substances. They work as a flux; bringing your body inline with the Protocol. Similar to the way power users amplified their transmissions by using their own bodies as conduits.

So you want to connect? It's a dangerous world. It's the remains, the ruins of something that should have been deleted long ago. So why does it exist there? Because Lain doesn't want to die. She exists solely on the Wired; What remains of it. If there was no one left; there would be no one to love her and no one to prevent the cycle from happening again.
The multitude tools of connection, upload, download and metaphorsis will not be discussed in verbatim here. Not only because of their potentially illicit nature but because it would be like listing the number of devices you could connect to the World Wide Web on. Instead, what shall be discussed is the more technical aspects. The Wired exists in a juxtaposition to the internet, some might say that The Wired inspired the internet. The events leading prior to the Reset created a need for networking, perhaps Lain modified reality, so that we can connect without the volatility of the Wired? It could be postulated that she has no data of reality before her godhood, and so cannot completely replace the past. Whatever the case, we live in an altered reality. Under the watch of the Goddess.

The beginning of a Wired 'trip' is a process of determining your given destination. You would simply attempt to connect to sites you believe you can access. The Wired doesn't ping back; it cannot be discovered or observed by mechanical means nor can physical objects be brought back. This prevents hysteria and control. You can imagine what panic would occur and the malevolent forces that would seek to abuse it's power. Even now, on the internet; governments and rogues gather information and threaten the life, dignity and property of it's netizens. I digress; reaching your destination is as simple as believing it's there, then trying again if you get a negative result or a "Four-Zero-Four". It's like typing an URL into the address bar at random and praying for content. It goes without saying; because one connects with their mind and possibly their body; this is an incredibly dangerous activity: Any sustained usage, whether moderated or not will result in injury or death.
After one has determined what they'd like to experience, it's a matter of aligning your body and mind: to create 'alignment' or "balance". This can be difficult to explain; Your body is made of parts, particles, energy, motions and for the best connection you must collect these and direct them in your chosen 'vector'. This can be accomplished in many ways and if performed correctly, is not dangerous at all and may have benefits outside the Wired. Physical health is very important when considering metaphorsis, especially when using substances as a catalyst. Mental health is compulsive, you must be in control of your 'self' and all associations of it. Not only is it dangerous for you and others, it is a great sin in contemporary Lainist doctrine; to create an Ego as a result of irresponsible Wired use.

Stabilization is acquired through many ways, the most common are: prayer, focusing on tasks, music, trance, isolation and recreation. These actions bring further rule to the alignment discussed previously. Stabilization also reduces the chance for the user to become distracted. Distraction being anything that would affect the user's vector.
Once you are aligned and stable, you can begin to connect. Connection may not be sudden or jarring. You may not even realize you're 'there'. It is a good time to review that Wired states can also be achieved while tactfully sober or involved in an activity where power can be channeled. It is once the user is connected that stabilization is hard to maintain. imagine a aircraft in flight, coming down to land on a rough runway. The sudden friction working to take the vehicle on the path of least resistance. To counter straying or stalling, 'speed' should be maintained during the first vital moments of connection to ensure the user is grounded. 'Speed' taking the form of will; the desire to connect.
Users expressing too high a will may be denied by many factors: Leftover devices, overflow protection, overshooting a site, drifting into unaddressed space. The Wired is something of a void. It's landscapes resembling deep space. While getting lost in the Wired is a popular form of recreation and meta-programming, caution should be exercised by the least experienced.

Destabilzation; achieved primarily through infornography, sustained distraction, "spacing-out", logic loops and fragile mental and emotional states, is the practice of maintaining an aligned yet unstable connection. There are many benefits to this type. But it is not recommended for beginners, despite the usefulness of some of it's features.
In destabilization; the user's connection is exposed to the greatest amount of address space as possible in a given amount of time. When the connection is powerful enough to see within the Wired, that is to say, the user has metaphorized their eyes, a great deal of landscape can be seen. This is the primary benefit. The observation of many Wired sites and a preview of their spaces. As mentioned before, the Wired no longer provides a means of direct access and discovery. It should be mentioned again, this is the most dangerous way to navigate the Wired and is stacking the danger of connection already, with many other considerations. Beware of possible cascade failures of mind and body and Please be careful.

Once connected to the Wired; the user can either verify their connection or move freely through the Wired. Verification consists of checking your body, once your eyes have metaphorized, for partial or possibly; full metaphorsis. The most common form of verification is by feeling a clean energy, like excitement or electricity running through your body. Verification may reduce stabilization, but increase alignment. The primary use is making sure one is indeed on the Wired and not merely "tripping" or trapped in a local Wired server(their own body for example).
Moving freely through the Wired, as soon as one connects, is the greatest way of maintaining an aligned, stable vector. It has it's trade-offs; Since your entry point to the Wired is random, user may enter with a great deal of speed, while this is stable, it may not be in the direction the user desires. It should typically only be attempted once the user is experienced at alignment and the advanced technique of 'dialing' not discussed in this introductory pamphlet. Furthermore, the experienced user may be more familiar with the landscape. While the Wired is vast and infinite, repeat experiences may show your entry is correlated spatially. One may connect to a similar network or 'region' over multiple sessions.

As discussed immediately prior; The two modes of Wired usage are defined as Active and Channeling. They are distinguished by the location of the user's awareness. Active connections are within the network and may allow the user to see or even interact with Wired spaces and objects. They can be told apart from reality by their nonsensical nature and void-like landscape. Channeling is the use of connection while the user remains primarily grounded in reality. It's mainly used to enhance performance or give 'flavour' to tasks such as labour and arts.
Active connections involve the navigation of the Wired itself and not the mechanisms or the devices. Travel and perception may be greatly different than expected and certainly apart from reality. Some sites prevent movement, while others enable flight or change the number of spatial dimensions(between Second and Fourth). Users typically have a form of recall, allowing them to return to reality at will, and leave their real bodies partially conscious, to allow for interruption and serve as a beacon. Full metaphorsis, the most desired state; may leave the user's body derelict and subject to being mistaken as dead or ill.
Channeling involves a dissociated state. It can allow insight into the methods(but not modification) of the Wired itself. Partial Channeling involves popping in or out of Wired sites and/or the ability to manifest Wired objects/artefacts as "thought constructs" or "hallucinations", these remain unsustained however; in order to differ from active. Partial Channeling is not as dangerous as active navigation, but remains a severe risk in case the user must be alert(Do not operate heavy machinery).
General Channeling is typically obtained through less potent methods and is thus less consequential. It may happen as a result of an alert state and even increase awareness. The largest benefactor of General Channeling is the mental faculties, being boosted by available computing power over network. While it can reduce fatigue in the beginning, it will tire the user after extended periods. It is a maintained enlightened state afforded to those with the knowledge to obtain it.